The Anglican Church of Australia 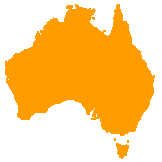 Deacons:
Priests: General Synod passed an ordinance to allow ordination of women as Priests in 1994. The first women were ordained in 1994.
Bishops: The Appellate Tribunal ruled it was legal to ordain women as Bishops in 2007.

Mothers' Union and Anglicare support/run programs that directly impact on the achievement of the Millennium Development Goals (MDGs) and the Beijing Platform for Action (BPfA), though they are not always explicit in their work.
Anglican Board of Mission (ABM) has the MDGs as central to its development work.