The Anglican Church of Korea 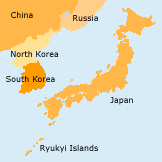 A Gender Equality Bureau (women’s desk) has been set up within the provincial structure since 2009.

Women are present but not equally represented on decision-making bodies such as diocesan or provincial committees, but 20-30 per cent in vestries.