The Church of North India (United) 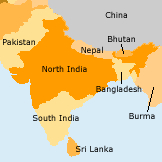 The Church of North India as a United and Uniting church is committed to announce the Good News of the reign of God inaugurated through death and resurrection of Jesus Christ in proclamation and to demonstrate in actions to restore the integrity of God's creation through continuous struggle against the demonic powers by breaking down the barriers of cast, class, gender, economic inequality and exploitation of the nature.

Challenges, issues and concerns arising out of the contemporary situation

Historically speaking, Indian Christians emerged to be an isolated, non-controversial, exclusive club "doing their thing" without any impact on Indian history or any contribution to the Indian scene. Christians depended on missionary interpretations of history, religions and culture. Indian Christians of lower social and economic status, considered the fifth caste till now, remain challenged by all kinds of social ills. Past mission work suffered because of the status given to them by the majority of Indian minds.

The rich, affluent and power hungry sections of Indian society have given a peculiar dominant culture to Indian middle and lower classes, as the other side of flourishing India is enough to colour it with gloom. It has given birth to a class of people who eye moneyed people with jealousy and end up becoming criminals. The Christian values and righteousness have faced a total overhauling. Opportunism, self interests and self benefits, dishonesty and lack of integrity are thought to be "virtues" to survive in India.

A church like CNI needs to do a lot more than what it is doing at present concerning women's and children's ministry.
All along, the church at the top level and the urban church (25%) at its heels, have done a great deal beginning with "Transfer of vision", "Ecumenical decade for solidarity with women", "Towards holistic understanding of mission (THUM)", "Transformed and transforming communities", accepting the invitation to CNI women to participate in the Anglican delegation to the UN Commission on the Status of Women, and now "Back to Basics" evolved as CREEM ("Congregational renewal for effective engagement in mission"). All this carried out to help people face the challenges of the emerging scene and issues. Awareness programmes keep happening at the diocesan and synod levels but without many signs of percolation to congregations in general.

A fresh development in the Church of North India, CREEM (Congregational Renewal For Effective Engagement In Mission ), begun in March 2007, has given a much needed impetus to the church. God is active in history is the assurance and optimism of the Church to look back, feel the present and look forward. It has realised that missionary views of the 19th and 20th centuries to consider other cultures as "pagan and uncivilised" has left Christians feeling aliens in their own country.

Presently, minority communities are greatly affected by religious and cultural values of the majority community and as a result of facing discrimination at every level of social life. The church is faced with challenges from other religious faiths:

The congregations being regional bodies and reflecting regional aspirations and concerns are recognised to bring mission concerns and Christian thought to the people they live close to. (impacted by the paper presented at National Consultation on CREEM)

Although the Church encourages women and gives them freedom through the Constitution, women in general have yet to develop confidence in themselves to come forward boldly.

Church men and women do not appreciate the presence of a woman on the pulpit. There is still a lot to be done to bring women to equal status with men. The common women's issues exist in the areas with less literacy and education.

Realisation that the struggles of women are a justice question, and that teachings of the Bible do not and cannot discriminate God's children, has helped to strengthen the women empowerment processes.

Ongoing programmes with the help of Women's Desk and Programme Office for development of leadership among women are spread over all the 26 Dioceses of CNI.

Also workshops and seminars on gender sensitization are being held in different dioceses by the Women's Desk Coordinator, Rachael Pradhan, and Ms. Ranjana Caleb from the Diocese of Chandigarh. The target is to visit all the dioceses of CNI. Margaret Sawyer and Judith Simms were present to prepare leaders to take up the programme further.

The Church of North India has been engaged in advocating for gender justice since its inception and has developed a strong network of grassroots women's movements. Organised networking group of Women's Fellowship for Christian Service (WFCS) has actively participated in the total mission of the church. With the cooperation of the Women's Desk of CNI, it has arranged many programmes, primarily aimed at deepening awareness and responding in concrete action to women's concerns, as well as encouraging more participation by women in the life of the Church in India.
It is noteworthy and an occasion to rejoice that the WFCS became a member of Mothers' Union in 2007.

We strongly believe that emancipation of people from poverty based on sustainable economic growth, social development, environmental protection and social justice requires the involvement of women. Full and equal participation of women and men as agents and beneficiaries is the main key.

During 2007 various programmes were organized at synod, regional and diocesan level including:

Attending the 51st Session of the UN Commission on the Status of Women was a very first experience of having exposure to a top-level international commission. The exciting part was that there were women from all over, gathered for the cause of women. It was a huge feeling being one of them. Simplicity and humility was one important facet of the life of people present, working with people around the world on a common cause, and this was palpable everywhere. This might be a value to treasure and a lesson to learn for many. A valuable treasure in friends within IAWN, from different communities and fields of work, is to keep for life. The association with them removed many doubts and inhibitions. One only needs to "enlarge the place of one's tents ... and strengthen one's stakes" (Isaiah 54.2). One could feel encouraged and certain of spirituality in action; that strength is helpful to understand people of other faiths who are committed to similar causes. Involvement with human causes is difficult to deliberate without getting spiritually involved.
- Zanobia Mal, IAWN Provincial Link, Church of North India, and Coordinator for Work with Women and Children, Diocese of Chandigarh

Synod 2005-2008, passed amendment to the constitution, removing gender bias, inclusion of at least one-third of either gender. Empowered women may even rule the church and its administration with a two-thirds majority.
Next Synod to happen this year (2008) is going to include office bearer of Women's Fellowship in its Executive Committee besides the allocated percentage of women members. A similar step will be taken to place women on boards, commissions and other committees.
Ordination of women - Clause added to its Constitution. However, the Church had ordained a good number of women before putting it in the Constitution. Many women leaders placed at strategic points work along with the Church.

Deacons and priests: 50 ordained presbyters, who are ordained as deacons first and then to Presbyter. Few women work in pastorates as acceptance is declining
Bishops: None yet, few filling nomination papers for election